Wrasslin’ Wahey Of The Week 10 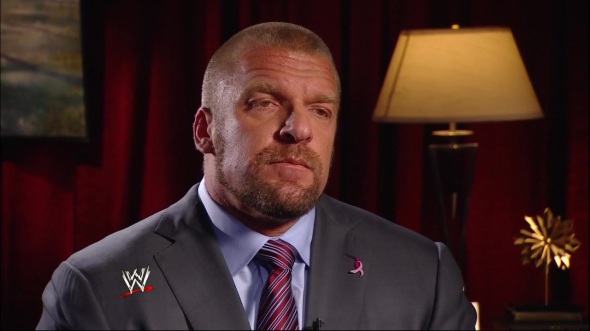 It’s safe to say that whenever WWE travels across the pond, the results are pretty entertaining. UK crowds, in particular, are notoriously hot and in the wake of the Network scandal, they were even louder than usual by the time Raw and Smackdown recordings rolled around.

Liverpool weren’t too into Raw this week – and, in their defence, it kind of sucked – but they found it in their cold, smark hearts to join in with a dancing interlude from Triple H, to classic Queen song “Another One Bites The Dust”. Ziggler and Cena, whom he was mocking at the time, were not as impressed.

Elsewhere, the Liverpool fans booed the absolute shit out of poor ol’ Cena, were confused by the Bunny/Rose feud just like everyone else, and generally oo-ed and aah-ed where appropriate.

However, the real story of the week came in the form of Mr Mc Mahon himself reportedly having a hissy fit at the Smackdown taping later in the week. Mc Mahon was so incensed by the fans’ utter lack of interest in the show (it was Smackdown, after all) that he felt compelled to take to the stage.

Along with telling them off for not having fun, Mc Mahon took aim at Liverpudlians, and Liverpool in general, remarking that the city’s name “sounds like an old man’s skin disease”. Well, he would know.

Considering how pissed off UK fans were at the last minute delay of the Network release, perhaps Mc Mahon should’ve been slightly more understanding, especially since he reportedly didn’t apologise at the taping of either show, only at the individual house shows on the intervening days.

Regardless, this was a pretty ridiculous incident and it happened in the best country possible. If only Mc Mahon had chosen to take his frustration out on a London crowd, we might have got an actual reaction. Check out the video, from the guys over on Wrestling News, right here.