Wrasslin’ Wahey Of The Week 17 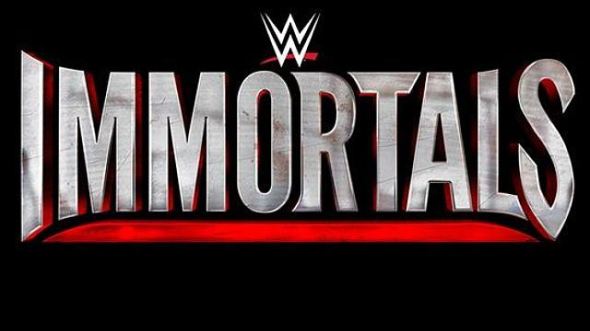 Following widespread criticism about WWE 2K15, the latest console offering, Immortals, a free-to-play mobile video-game, was unleashed upon the world this week. The move follows some super weird promotional material involving Triple H, in particular, looking a bit like he did during last year’s much-discussed Wrestlemania entrance.

But, if you thought that shit was weird, then the character designs that have since been revealed will blow your fucking mind.

NetherRealm, the guys behind the legendary Mortal Kombat series, have taken it upon themselves to turn our, er, favourite WWE Superstars into Kombat-ised versions of themselves. And the resulting posters have to be seen to be believed.

Sheamus, who’s been off TV for a while but whose heritage the makers are of the game are clearly very respectful of.

Look at him there, with his big, plaited beard. Like Finn Mc Cool. Man of the moment Roman Reigns also appears, looking more exciting in a one sheet than he ever could manage on the mic.

Not the most flattering of headgear, but at least he looks better than the truly terrifying Big Show.

Then there’s Brock Lesnar, who’s so mad he’s on fire.

Or The Rock, who is so angry he’s…blue.

However, the best character design by far has to go to The Bella Twins, who are just as gorgeous and sexy as they are on TV – maybe even more so.

The best thing about this artwork is how true to life it is. Nikki has bigger boobs, while Brie looks like an alien. It’s perfect.

In all fairness, though, Immortals is pretty bad ass and the whole Mortal Kombat aesthetic works weirdly well for the Superstars.

A Squared Circle user also pointed out that some of the in-game artwork is really quite gorgeous, alerting us to this lovely representation of Paige (complete with lip ring!).