Wrasslin’ Way Of The Week 19

With the fallout from the Rumble still, er, rumbling on, the internet has been awash with angry marks giving out hell over Reigns’ victory (justifiably so, for the most part). The match itself was complete shit, of course, but watching Reigns get booed out of it while his cousin stood next to him, an expression of confusion slowly turning to barely-concealed anger on his face, was kind of painful regardless of how you personally feel about the outcome.

I’m not here to complain about the PPV. I’m also not here to explain why it was such a disappointment, unlike, for example, Buzzfeed who for some reason believe their site is the go-to destination for wrestling fans, as opposed to people bored in work who just want to read lists about Taylor Swift all day.

Instead, let’s take this opportunity to enjoy some of the positives that have come out of this rather considerable fuck-up on the part of the WWE, i.e. the clever photo edits and memes that have alleviated the pain for us, just slightly, over the past week.

Wrestling Memes, one of the finest and most consistent Facebook pages of its kind, were reliably good, offering us this #JusticeForAxel piece, because, for some reason, a certain, very loud faction of fans thought the latest NXT recruit should’ve won the match.

WM also gave us this little beauty, which refers to a separate match (the thrilling triple threat) but still counts because it’s awesome. Remember when Brie had her own entrance music? Never forget.

Naturally, there were some Simpsons references because, much like Summerslam, this was an event that couldn’t help but be referenced by everyone’s favourite TV show (it also happens to fit really, really well).

Fans were particularly cut up about Bryan being knocked out so early, but nobody came under more fire than Vince, who is considered woefully out of touch, so of course a connection was made to the pathetically out of touch Principal Skinner. 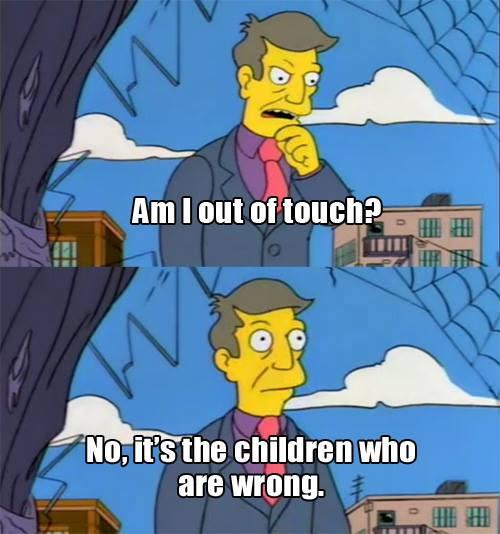 However, the standout offering, as decided by the internet at large, was this, courtesy of some unknown artistic genius who will forever be honoured for encapsulating our collective feelings about the rumble match in one, perfect image. It was shared on the official Botchamania fan-page (another FB page that’ll brighten up even your darkest days as a wrasslin’ fan) but you can check it out in all its glory below. See? It doesn’t hurt so bad now, right?