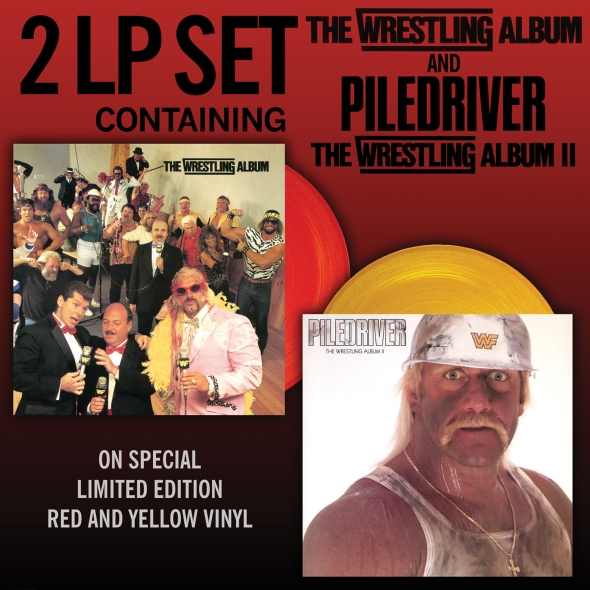 Record Store Day takes place worldwide on 18th April 2015, and this year sees a release which will have WWE fans of a certain age pining for wrestling days long since past; the two LP set of The Wrestling Album and Piledriver: The Wrestling Album II is presented on one red and one yellow Vinyl (whatcha gonna do Brother?!!), from Legacy Recordings, and will be released in limited quantities.

The second LP, Piledriver, which was originally released in 1987 will be of certain interest to fans who want to hear something a bit different as WWE owner Vince McMahon lends his vocal talents to the track “If You Only Knew” while the WWF Superstars take up singing duties on the track “Stand Back”.

This is the first time that the WWE has offered a release for RSD, and with the numerous albums in the WWE archives, hopefully is the first of many.