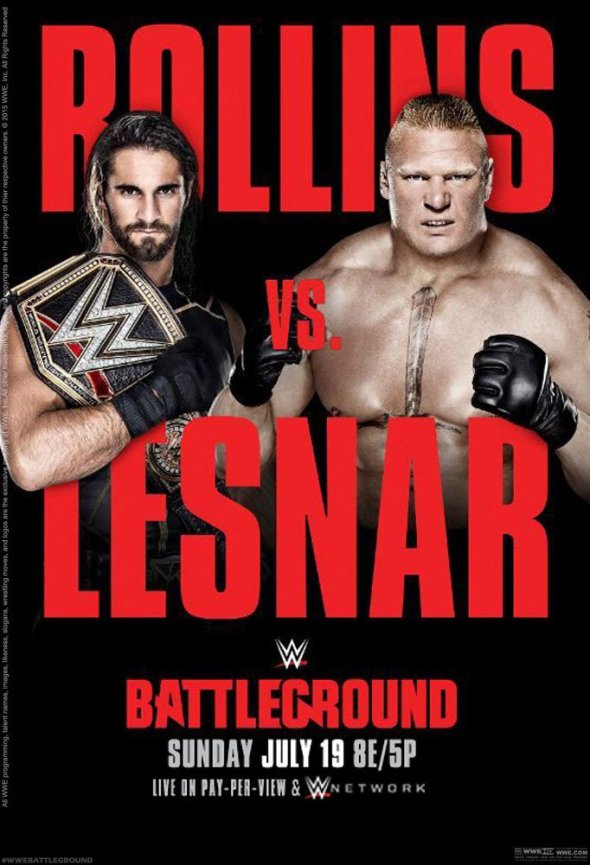 It’s been a while since we had a PPV and the prospect of The Beast, Brock Lesnar, facing off against the current WWE champ, Seth Rollins, is more than enough to draw in the crowds. But, funnily enough, that’s not all we’ve got to look forward to tomorrow as Kevin Owens once again gets an opportunity to destroy John Cena – this time with the United States championship on the line – in a match that could steal the show. Elsewhere, there isn’t too much to write home about. Let’s take a look:

Singles match for Barrett’s King of the Ring crown: R-Truth vs. King Barrett
It’s sad that once again King Barrett is relegated to the pre-show; he is so much better than this, but that being said this match could be an entertaining bout with the coveted(?) King of the Ring crown on the line. R Truth has always been a more entertaining Superstar when he is allowed to pursue the comedy route and this could have some fun, if not outright ridiculous, moments.

Roman Reigns vs. Bray Wyatt
The enigmatic Bray Wyatt has been called in to once again do the job and make another superstar who he is light-years ahead of look the part. Another sad fact is that, although he deserves to be thrust into the main event scene, it doesn’t look like anything big is happening in the near future for reasons unbeknownst to most of us.

Roman Reigns will have his hands full in this one but will nevertheless overcome his fearsome opponent. Expect Wyatt to carry much of the momentum in this match and dictate a methodical pace against the big man – a perfect scenario would see the family return and use the numbers game to topple Reigns but that seems sadly unlikely.

Roman Reigns to win (of course)

Randy Orton vs. Sheamus
This could be a surprisingly stiff bout, with some hard-hitting action to spice it up a little. Orton has looked rejuvenated since his return and his previous work with Sheamus has been fairly solid.

Sheamus himself is taking to his heel persona nicely and, although Orton works better as a heel, he can walk the line à la Stone Cold and has serious appeal as an anti face. This is a hard match to call as both men don’t seem to be heading anywhere in current programming but, that being said, I think Sheamus will defeat The Viper.

Sheamus to win, just because 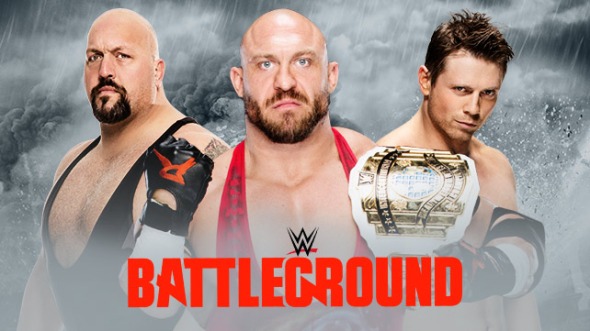 The New Day have the extra man to contend with and this could prove difficult for the PTP to retain. Some cool high spots from Kofi Kingston will abound and shenanigans between the trio will allow them to once again steal the gold for themselves.

The New Day to regain the tag championship through shenanigans

WWE United States Championship Match: John Cena (c) vs. Kevin Owens
All eyes will be on Kevin Owens tonight, after he recently dropped the NXT title to Finn Balor in Japan in an extremely entertaining and innovative collision he has his eyes firmly set on capturing John Cena’s US title and decimating the champ with a pop up powerbomb and finally cementing his rightful place on the main roster.

This should be a tense, brutal fight with both superstars throwing everything at each other. Cena and Owens have a great chemistry in the ring and Owens is always one for controversy,  so tonight he could shatter the collective dreams of the Cenation and bring about a new lease of life into the US title scene simultaneously.

Kevin Owens to win the US Title and decimate Cena

WWE World Heavyweight Championship Match: Seth Rollins (c) vs. Brock Lesnar
The main event of Battleground 2015 sees Brock Lesnar finally get his hands on Seth Rollins, with a one way ticket to Suplex City. This is bound to be a raw and unforgiving match.

Rollins can deliver against anyone, he is a breath of fresh air to the WWE title scene and the WWE universe will be on tenterhooks watching how he can escape the death clutch of Lesnar.

Seth Rollins’ agility will surely come into play in this match as he utilises his speed and cunning – with a little help from J&J security – to try and overcome the greatest challenge he has faced in The Beast Incarnate.

Hopefully this match is allocated a decent amount of time to allow it to flourish and, much like the Lesnar/Cena match, this will be one to talk about around the water-cooler on Monday morning when the dust has settled on Battleground.

All factors considered, the insurmountable challenge that Seth Rollins faces could be difficult for even him to overcome and I see Brock Lesnar leaving Battleground bloody, bruised but garnished with gold.